Hypnos the son of Nyx ("The Night")

Home > Sculptures and Statues>Plaster Cast - Our Gallery ➤>Various Animals>Hypnos the son of Nyx ("The Night")
Sale! 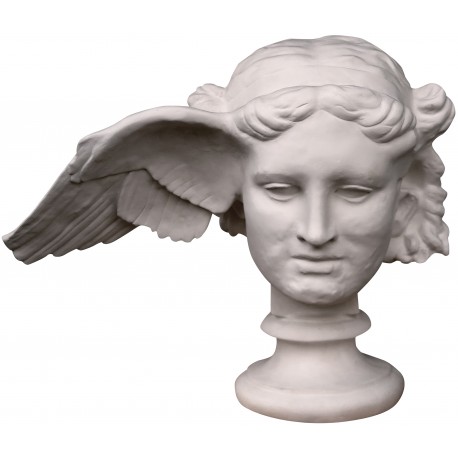 Hypnos the son of Nyx ("The Night")

Exact copy in plaster cast 1:1 of the original the British Museum head.
Inventory number of the British Museum 1868,0606.9.
Ages between 350 BC and 200 BC. of unknown origin Greek or Roman.
This specimen was found in Italy in Civitella d'Arno in Umbria, in the province of Perugia.
It was bought by the British Museum in 1968 by Mr Alessandro Castellani.

In the Greek Mythology, Hypnos is the son of Nyx ("The Night") and Erebus ("The Darkness"). His brother is Thanatos ("Death"), both siblings live in the underworld (Hades) or in Erebus, another valley of the Greek underworld. According to rumors, Hypnos lives in a big cave, which the river Lethe ("Forgetfulness") comes from and where night and day meet. His bed is made of ebony, on the entrance of the cave grow a number of poppies and other hypnotic plants. No light and no sound would ever enter his grotto, so that he may not be awakened by the creaking of hinges. According to Homer, he lives on the island Lemnos, which later on has been claimed to be his very own dream-island. His children Morpheus ("Shape"), Phobetor ("Fear") and Phantasos ("Imagination, Phantasy") are the gods of the dream. It is claimed that he has many more children, which are also Oneiroi. He is said to be a calm and gentle God, as he helps humans in need and, due to their sleep, owns half of their lives.

18 other products in the same category: